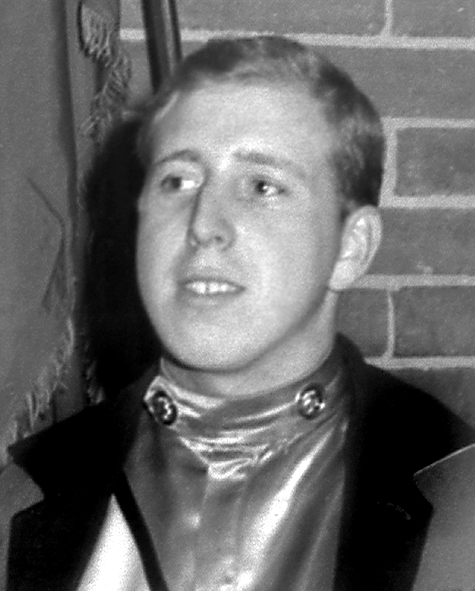 When Fred came to the Optimists he joined the Colour Guard. Clearly, he must have loved colour guards because, when he passed, he was still a guard member. In Fred's case he had been a long-time member of the Ajax Branch 322 Legion Colour Guard.

In the early 60s Optimists' flag poles were two sections of 5 foot aluminum that fitted together. At the top was a 12" heavy, rounded aluminum spear point. These poles where a challenge to handle, especially when one takes into account the fact that our flags were two separate embroidered flags stitched together so that you would see the same thing on both sides. The truth is that these flags were too heavy for the poles. A "present arms" involved a quick "snap" and put real stress on the poles. I marched in the guard with Fred in 1963. He would often end the show with his flagpole almost bent in half.

Back in the day Fred's closest friend was Ian Cruickshank. They were still friends when Fred passed.