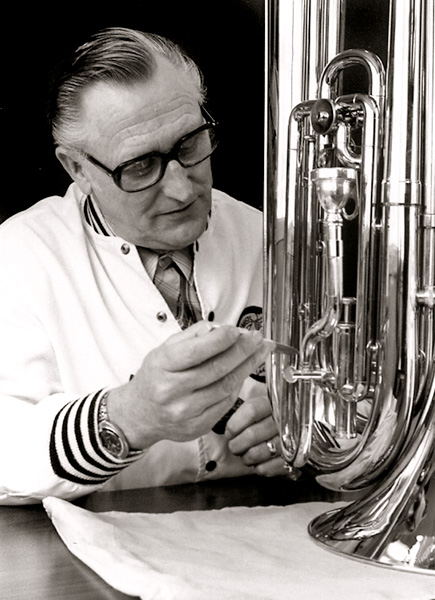 Evert was not only a wiz at managing equipment he was also a gem of a human being.  His home for the last 36 years was Winnipeg, Manitoba. He was born in Appledorn, the Netherlands. when he passed Evert was 85 years young.

"Evert and Doreen Botterweg were the kind of people every Corps should have. Responsible for one member of their household in the Corps, they became responsible for much of the Corps and its activities. Doreen, along with others, was a stalwart member of the Ladies Auxiliary. Evert’s specialty became the equipment department. The Optimists has long had an equipment department, run well by good people. Under Evert Botterweg, as the Corps grew in size, the department kept pace in capacity and appropriate organization. A strapping ex-Dutch naval officer, he applied his abilities and built the Optimist equipment department into one of the best in North America. Possibly the best. This was verified by the offers from other top Corps, with commensurate salary, to go and organize the same for them. He knew all the ropes, and things only went wrong if his directions were ignored." — from Colin Hedworth's book on the Optimists